Biennial update on my well-being and whereabouts

So, um, it looks like I haven't updated this site in a wee bit, eh? Funny how time does that! Well then, here are a few bits of news for you.

Last week I learned that I won two awards from the North American Travel Journalists Association. If you had told me 20 years ago that anyone anywhere would actually pay me real American dollars to write about traveling — perhaps the single greatest pursuit of human kind outside of love, family, and music — and that I'd actually win an award for such a thing, well... I'd have laughed you right out of the pub. And yet, here we are. Here are the winning stories: 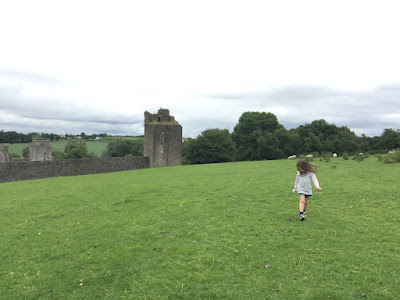 Kid County, Ireland (Gold Winner, Family Travel category)
It’s no Orlando (and thank God for that), but Ireland doesn’t need the Disney touch to feel like a magical playground for your own little leprechauns.

I should probably also tell you that last June, I won a handful of awards in the National Association of Real Estate Editors' 69th annual journalism contest -- including:


But I think my favorite thing I've written in the past year was this piece — about busking in beautiful Asheville, N.C. 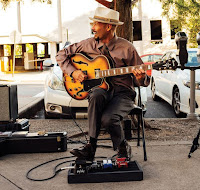 Blue Ridge Serenade: Asheville Makes Artsy Look Easy
There’s a lot to love about Asheville, from the local-first food scene to its Brooklyn-in-the-mountains sense of style to the warm welcome you receive in a city that loves you back. But art comes especially easy here; it’s everywhere. Music fills the bars, but also the streets, where buskers entertain tourists and lunch-hour diners. There’s art on the walls of its galleries, working studios, coffee shops, and a lot of the building exteriors, too. And in autumn, nature is doing her part, painting the surrounding mountains in Impressionistic blots of red, orange, and gold.

Finally, on another musical note, I'll be singing Irish and other tunes at the Monument Tavern in Charlestown on Saint Patrick's Day (Tuesday, March 17th) from 6pm-9pm. Come hoist a pint if you're in the area!
at 10:50 PM 671 comments: 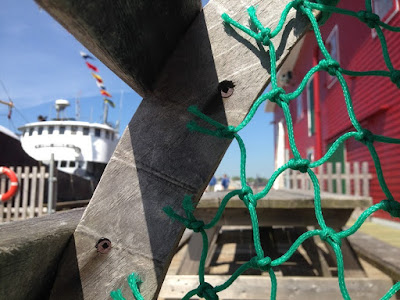 Praying for Time (Among Other Things)

I recorded this song on my phone yesterday, in memory of George Michael. I'll tell you why, and what it means to me, after the jump.


Those who know me will tell you, without hesitation, that I'm an optimistic person and always have been -- perhaps overly so. I walk around this world grinning like some kind of delusional madman because I really do love life and the people in it.

I hope for the best, and unfailingly look for silver linings when the best doesn't happen. My wife would tell you this can be inspiring, but also wicked annoying. But either way, that's me.

However, something happened to me after Nov. 8th, 2016 -- something that tossed me into a long, deep, and uncharacteristic depression -- and I only recently realized the true reason for my existential crisis. 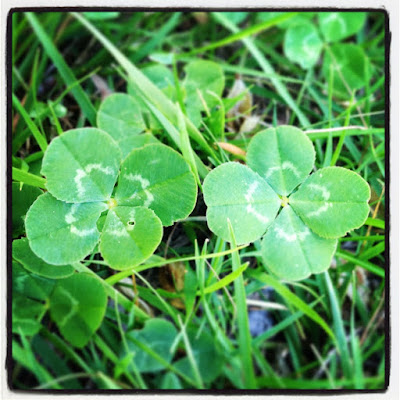 Some of you out there probably know that I find a lot of four-leaf clovers. I don't know why, I just do, and I always have. My wife thinks I'm part leprechaun (I do grin and giggle a lot - maybe there's something to it).

I still feel extremely lucky and blessed when I find one -- even if it's probably just a matter of good eyesight, or patience, or being outdoors a lot, or synthetic fertilizers causing mutations. I think the first time I found a four-leaf clover, I actually found three - on the Syracuse University quad. And I gave each one to people on my floor who could use some luck at the time.

That's what's so beautiful about it to me, that I'm able to share this little piece of good fortune with someone who might find hope or solace in it.

But for the past couple of years, I've been finding like, just a ton of them. More than I can handle! I guess I'm getting better at spotting them? Plus I walk my kid to and from preschool most days, through a grassy park, and there's ample opportunity to look (she helps).

When I find one, I put it in my wallet, pressed between random foreign currencies and an old Red Sox ticket stub (the contents of my wallet might warrant their own blog post), to kind of preserve it; but at times I open up my wallet and there are literally like five or six four-leaf clovers sticking out all over the place, it's nuts.

Basically, I've got four-leaf clovers coming out of my ears and I decided it's time to share the luck beyond my immediate friends and family. So I recently started making necklaces and keychains out of the four-leaf clovers I find, and selling them on Etsy. 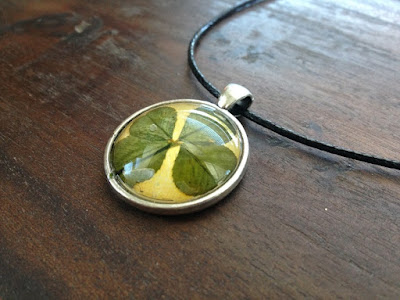 Since I tend to believe there's at least some bit of divinity involved when I find a four-leaf clover -- the Irish believed the fourth leaf symbolized God's grace -- the idea of selling them really grossed me out at first. But, I realized I could sell them as jewelry and gifts and donate all the money to a couple of charities I believe do great work: Saint Jude's Children's Research Hospital and the Make-a-Wish Foundation.

So when you buy a necklace for $33, I make a $25 contribution in your name to one of those two organizations. (The remaining eight bucks covers Etsy's fees and most of the materials.)


First sale- and first donation, to @MakeAWish -is in the books! Handmade four-leaf clover jewelry for a good cause: https://t.co/176NOrGMYn pic.twitter.com/ql1gINFV97
— Jon Gorey (@jongorey) September 28, 2016

I'm a pretty handy and crafty guy, but I'm not exactly a pro jewelry maker or anything -- there are some air bubbles and other imperfections. But, um, that's what makes them so special? Let's go with that!

So if you're looking for a pretty unique, handmade gift come Christmastime - or Valentine's Day, or graduation, or anytime someone you love is sick or could otherwise use some cheering up  - please check out my shop! Here are some of the current items for sale.

Today is Bob Dylan's 75th birthday. His music has given me pure joy, and on more days than I care to remember has been the only thing that could soothe me, or even make sense in this world.

To paraphrase the man himself, All I really wanna do ...is sing a Bob Dylan song for you.

So here you go. "A Hard Rain's A-Gonna Fall" is as gut-wrenching as it is inspiring. It's a song for our times, written about 50 years ago. Happy birthday, Bobby D, and thank you for everything. 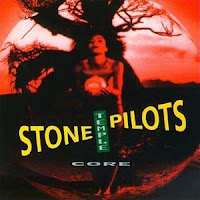 So Scott Weiland has died. He was a longtime mess, it's true, but it's still sad. I always thought Stone Temple Pilots didn't quite get the respect they deserved -- they had to work hard to shake their "Pearl Jam knock-off" stigma, but they did so admirably. Their Purple album was perfection, and entirely theirs. STP set the backdrop to some of my best memories in high school and college.

It's been a sad couple of weeks out in the world, and when that happens I tend to need to belt out a song or two. So I recorded Plush on my iPhone this morning.

It isn't their best song (I'd vote Interstate Love Song) but it's certainly the first one that comes to mind when you think of STP. Virtually anyone who learned guitar in the early to mid-90s knows how to play it.