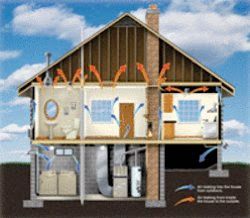 Yesterday, we got audited — but in a good, non-IRS kind of way.

If you're a National Grid (or NStar) customer, you can get a free energy audit through MassSave thanks to what I imagine is some government- or state-funded program. The guy was wicked nice, and he inspected the entire house — including basement, walls, attic, etc. — for insulation (or lack thereof) and places where we might be losing heat, and then, for free, installed CFL light bulbs throughout both apartments — must have been like 15 of them — and a new water-saving shower head. He even offered to install door sweeps. And again — it was all free!

Afterward, you get a cool print-out of all your expected savings and information about the sundry rebates and no-interest loans available for energy-saving improvements.

I do wonder — this has to be some kind of racket, right? It's never made sense to me that National Grid would want to encourage you how to use less electricity unless the government is making it worth their while. But they must really pay out — because footing the bill for an independent auditor to spend an entire morning at your house, installing some $150 worth of stuff, for the sole purpose of getting you to purchase less of their product — forever! — wouldn't make for a very good business model otherwise, right?

Plus, a nonprofit like MassSave makes out, with plenty of audits to perform for customers who wouldn't otherwise pay for one. (Would they even be in business if it weren't for this program?) The guy was very nice, professional, and totally unaffiliated with the utility company — so he wasn't trying to push us into converting to natural gas or anything, just calculating what savings there might be if we did (turned out, not nearly as much as I expected). So again... either the government is forcing them to do this to stay in business, or National Grid is getting some crazy-ass tax break to offset the cost. Or is it possible they're just trying to foster an eco-friendly image?

Either way, if you qualify, I would totally recommend taking advantage of the service. I mean come on: free light bulbs!

One last plug for Mother Earth: if you're a National Grid electric customer, you can opt in to their Green Up program and choose to receive either 50% or 100% renewable electricity. (In Massachusetts, it comes from small hydro plants and wind.) We do 100%, and the resulting peace of mind costs like $4 more per month — less than a stupid venti latte at Starbucks!

Fools in the Rain 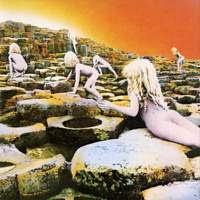 On Saturday we went to a friend's wedding at the Charlestown Navy Yard (outside the Commandant's House — class!). The all-day downpour was unfortunate, but it was still a good time.

It typically takes a (very scientific) combination of gin, tonic, and inspired music to get me out on the dance floor, even at a wedding. On Saturday night, without any gin on hand, it was Sam Octoberfest and the Killers' masterful "Mr. Brightside" that finally coaxed me out of my shell. After jumping around for awhile, Gina and I headed outside the tent to cool off.

While we were out on the lawn, Led Zeppelin's "Fool in the Rain" came on back in the tent. We both love that song, so we started dancing a bit, by ourselves. And when the breakdown part kicked in — you know the part — well, away from the crowd, in the murky post-rain moonlight... we started hippie dancing on the grass: spinning around, twirling and giggling like giddy collegiate stoners. It was so much fun. And it was one of those impenetrable moments of perfection that will forever help remind me why I'm so in love with my wife.


I'm not exactly successful by conventional standards. I mean, I earn less money now than I did three years ago... is taking a pay cut to sate your idealist nature one of the Seven Habits of Highly Effective People? I can't imagine it is! But, by my own standards, I consider myself a success. I've been played on the radio. I've been published

. I found love. I live by the ocean! These were all on the Master List. And if you had told me in college that one day I'd refuse offers of hundreds of dollars to play on St. Patrick's Day? I'd have flipped out.

However, I have some truly amazing friends — inspiring people who are successful not just by my standards, but by the rest of the world's, too. There are many more that deserve mention, but for now, here are my...

5. Andrea Tompkins
Not long ago, Andrea was just like you or me, working away at a nonprofit in Boston. Then she went to law school in D.C., whence she landed a crazy-ass internship at a firm in London — that paid more than my last two jobs combined (yep, internship). Said firm not only hired her on full-time this year, but paid for her to move to London, paid for a temporary flat, and of course took care of all her visa stuff. And while studying for the bar exam this summer, she also managed to, y'know, travel to Southeast Asia and Japan and attend a wedding in Prague. That, my friends, is success!

4. Sarah Kucserka
Sarah went to Syracuse with us, but hated all of our sports teams (and graduated early, I think just to spite the Orange!). After graduation, she made a name for herself in L.A., eventually landing a gig writing for ABC's Ugly Betty. How awesome is that? Now she's distorting impressionable young minds, writing for the racy, Gossip Girl-esque web series Private, based on the best-selling teen novels. I'll confess, I haven't actually watched it yet (mostly because I'm not a 13-year-old girl).

3. Meredith Goldstein
A longtime arts and entertainment writer for the Boston Globe, Meredith has interviewed just about every movie star who's passed through Boston. Then, last year she got tapped to write Love Letters, a Boston.com blog that takes the old daily advice column into the 21st century... and it blew up big-time. What's more, she gives really good advice!

2. Will Dailey
My good friend Will is one of the finest songwriters I've ever met or, frankly, heard. He worked his butt off for years — now he's finally getting national attention, playing music for a living — even getting free guitars, amps, and other gear just for being him. He's performed on CSI:NY, the Early Show, and (below) the Late Late Show with Craig Ferguson:

He's yet to make the jump to lightspeed, so to speak. But who knows, he could potentially even eclipse our #1 (in fact he already tops this list in Googlefight). 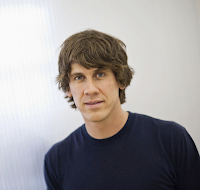 1. Dennis Crowley
Still, there's a fair chance that my friend Dens might one day run Google. Our senior year roommate was always the smart, ambitious type. He transformed our (eventually-condemned) party house into a Saturday night money machine. He created a social networking site that incorporated mobile phones — years before Twitter — and sold it to Google. His latest creation, the iPhone app Foursquare, is quickly catching on. Every now and then, I randomly find a story about him in the New York Times; he even has his own tag on Gawker. It runs in the family, too: last year the Crowleys spent three days reigning Family Feud. In short, Dens is the most outrageously successful person I know!